NEW
Schedule a free consultation with a therapist

People are afraid of the dark. It stands for everything that is unknown and frightening. Yet there is something intriguing about it, as people often hesitantly inch into the darkness of the haunted house with a racing pulse and a hint of excitement at the same time.

When it comes to the darkness that is most intimate to ourselves, however, we are more likely to be oblivious. It never leaves our side, it is there whenever light is shed, and there is no getting rid of it—it’s our shadow. The emergence of our shadow is accompanied by various negative emotions, desires, and impulses that usually manifest in horrific dreams, visions, and fantasies. The shadow comprises of everything that we don’t want seen, either by the world or ourselves. In suppressing these emotions into our unconscious, it ends up being expressed through other channels. For example, when interacting with others, a common type of channeling is projecting the shadow onto others. Since the shadow is the part of the personality that we ourselves resent, perceiving these aspects in others with whom we have a relationship will certainly create unpleasant tension.

To use Jung’s wise words, “…It cannot be argued out of existence or rationalized into harmlessness,” which means the shadow is always going to be a part of us, and it is indisputably a reality that the shadow is entirely capable of harm. The result of any kind of willful blindness might just end in yielding control over to the shadow. The notion that repressing the shadow is insidious for our relationships harbors the promise that when it is faced and embraced, the relationships might be better. But it must be done in entirety.

First we need to identify the shadow, and expose it in its holistic form in front of our own eyes. Because of the projection mechanism, one way we can do this is to observe our own negative emotional reactions towards others. Secondly, try to identify the emotions as clearly as possible. By articulating what we are feeling, we are better able to find the root cause, which sometimes has nothing to do with the shadow. Then we need to closely observe ourselves, and ask these questions:

Lastly, it is always helpful to make this aspect—the rediscovered shadow—of our personality known to those we have a relationship with. It is definitely a scary and by no means easy thing to do, but exposing the shadow, being honest to those we hold close, gives us a chance to be more authentic and will ultimately bring about a sense of relief. It’s an opportunity for open conversation with your partner, which may resolve many of your conflicts. People are more likely to show their vulnerability if we have the courage to show ours first.

To face and to accept the shadow as part of ourselves is a task that makes the fearless crumble. But it is very useful and helpful because when we are challenged with difficult situations we are going to need its strength and the embrace of it promises a better future for us and those closest to us.

If you or someone you know is struggling, don't hesitate to reach out. The Mind + Zest team here to help. Click below, and get connected to a therapist as quickly as today! 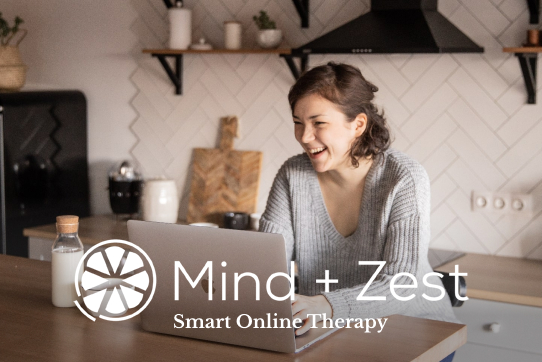 Sign up for a free 1 hour consultation and talk to a local Therapist.
Thank you! Your submission has been received!
Oops! Something went wrong while submitting the form.

Online Fertility Therapy and Counselling in Ontario with Mind + Zest

Online Career and Motivational Counselling in Ontario with Mind + Zest

Online Work and Career Counselling in Ontario with Mind + Zest

Online Adoption Therapy and Counselling in Ontario with Mind +Zest

Online Sex Therapy and Counselling in Ontario with Mind + Zest